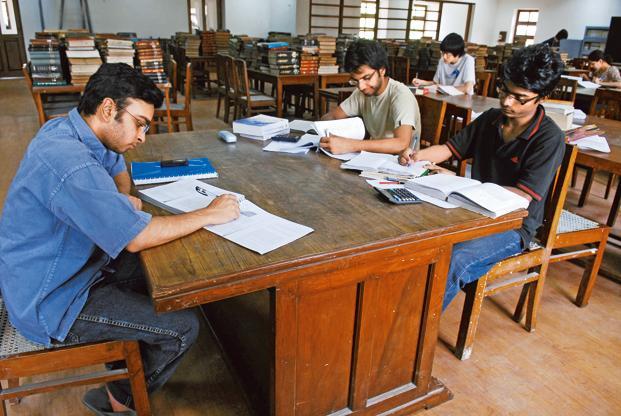 All educated and nowhere to go

Three years ago when she completed her bachelor’s degree in technology, the young graduate thought she could secure a job in the city and take her parents along. Better days were ahead, hoped Siddheswari’s father, a farmer in Andhra Pradesh.

Despite appearing for several interviews, Siddheswari could not land a job. She signed up for a master’s degree the same year, hoping a higher degree would improve her chances. Her resume now sports a master’s degree, but her professional status is unchanged: educated and unemployed.

“Though I was qualified, interviewers said I wasn’t industry-ready,” said the 23-year-old from coastal Kakinada which is, ironically, home to India’s former human resources development (HRD) minister M.M. Pallam Raju.

“My dream is to bring my parents to stay with me and lead a better life, but that can only happen once I get a job,” said Siddheswari, who is now enrolled at TalentSprint, a skill training centre in Hyderabad.

“Now, I realize that during B.Tech. and M.Tech., the education I got was not in sync with what the industry wants. For the last three months, I am getting more practical training. Besides, they are focusing on improving my confidence and soft skills like spoken English,” she said.

Siddheshwari’s case bares a critical problem with the way India teaches its students: churning out millions of educated youngsters not fit for employment. Several studies by industry federations and consultancies have found that of the 12 million people entering the labour market every year, nearly 75% are not job-ready.

The India Skills Report, prepared by human resources company PeopleStrong and industry lobby Confederation of Indian Industry, calls this the Great Indian Talent Conundrum, which could swiftly transport us from the stage of reaping the demographic dividend to facing a demographic disaster. According to the report, India would need 700 million skilled workers by 2022 to meet the demands of a growing economy.

Ask any businessman, and the answer is the same: Enough manpower, but not job-worthy.

Sharad Jaipuria, president of the industry lobby group PHD Chamber of Commerce and Industry, said though India boasts of a huge young population, “there is nothing inevitable in demographic dividend”. He says it is slowly turning chaotic. The government needs to put in place a proper mechanism to tackle this, he said. “Across industries, across sectors, the shortage of right talent is a key challenge for us,” said Jaipuria.

The government hasa target to skill-train 500 million people, nearly the combined population of the 28-nation European Union, by 2022. However, going by the current pace, India is likely to fall far short of the target. It has a capacity to train a maximum of eight to 10 million every year. More precisely, since April 2011, departments and ministries of the central government have cumulatively trained just 17.39 million and has missed the target in two of the last three years, according to official data.

For those he hires, with an average four years of experience, the screening process is time- and revenue-consuming. “For every one candidate we select, 10 others are rejected during screening,” said Katyal.

In the manufacturing sector, the situation is worse.

“For every single right talent, we interview at least 15. Just not domain knowledge; the candidates need to have good work ethics,” said Prashant Rai, head of learning and development at Tata group company Voltas Ltd, which makes consumer durables and provides engineering solutions.

Why so? “When an engineer or a technician goes to a client’s home or office, his expertise and behaviour should make them feel assured about our brand and the product. The technician’s efficiency and conduct equally matter,” explained Rai. “We take a written test, group discussion, a psychometric analysis and personal interview before hiring a candidate.”

Rai echoes the industry’s unhappiness with the talent shortage. His company looks for industry-readiness, the right attitude and communication skills in new hires. “It’s a mix of both hard and soft skills.”

Unless a company has its own training system, Rai says, you cannot, for example, hire an engineer from any school, and start expecting productivity from day one. “We groom them for two to three years,” he said, explaining that there are several side effects of not hiring the right candidates and not training them enough as per needs. “It affects productivity and revenue, affects the brand and the replacement cost is always higher,” he said.

According to the All India Council of Technical Education, India produces over one million engineers and management graduates every year. However, not even a third of them find meaningful employment. Apart from graduates from the elite Indian Institutes of Technology, Indian Institutes of Management and a handful of other similar top institutes, the rest struggle to place their students. A 2011 study by industry association Nasscom points out that of all those who wish to come to the lucrative information technology sector, less than a quarter are employable.

Even a highly specialized sector like research is not immune to this.

“Young Indians want to do a job not because they love it or they are good at it, but to fulfil their lifestyle aspirations. Like manufacturing or service sectors, research firms face the same problem, even though the common perception is that the sector is full of highly qualified and competitive people,” says Ashwini Swain, Fellow at CUTS Institute for Regulation and Competition, a research firm in New Delhi.

So it comes as no surprise that India’s labour productivity is $10,080 a year, compared with $107,551 in the US and $23,888 in Brazil, according to a background note prepared this year by the labour ministry.

“Scaling of productivity levels would require development of human capital and entrepreneurship, technological advancement and innovation, along with enabling macro-economic policies, infrastructure and concerted action,” the ministry had said in its paper.

So, is talent deficit a problem at entry level positions only?

“No, it’s equally a challenge at the middle and senior levels too,” said Dilep Mishra, president, human resources at J.K. Organization, that manufactures a whole host of products from tyres to cement, employing 40,000 workers across eight group verticals.

Philip, a senior executive with a Delhi-based home décor company, discovered the pressures on experienced professionals recently when he moved jobs. The new company gave him a promotion and a 40% pay hike, but with a rider: there won’t be any honeymoon period to settle down in office.

“From day one, my organization wanted me to be productive. The work culture, the atmosphere and expectations are different. It’s difficult to sustain such pressure. You can call it lack of skill or efficiency at my end, but companies these days are too demanding and profit-oriented,” he said, asking that his second name not be used.

Those who seek to enter the labour market must realize that competence, attitude and an inquisitive mind are critical for survival and these are often missing, added Mishra of J.K. Organization. “There is a gap between demand and supply of the right kind of people. In the last few years, there was a lot of talk about skilled manpower, but the real problem will arise from now on. The government policy is now favourable, manufacturing sector is set to grow and companies like us have expansion plans. But the availability of enough right talent is still debatable,” he said.

It’s true that there is poor coordination between the industry and academia on training students in the desired skills, but many trainers and experts feel that the industry must do its bit as well. For example, of the 490,000 apprentices’ seats available last financial year, less than 282,000 were filled, according to labour ministry data. Similarly, the HRD ministry’s call to industries to develop polytechnics in a public-private partnership (PPP) mode has been largely lukewarm.

In a written reply in the 15th Lok Sabha, Shashi Tharoor, former minister of state in the HRD ministry, had said that the government had approved a scheme to provide financial assistance to set up 300 polytechnics in the PPP mode. “However, the response of the private partners to the scheme is poor,” Tharoor said on 8 August 2013.

Dilip Chenoy, managing director at National Skill Development Corp., said the mission to give skills training to 500 million has taken off, with many industries joining in. However, he says employers must pay a premium to trained candidates.

“The employer will now have to start valuing skills. Most employers pay minimum wages. So, whether you are certified or not, skilled or not, you get the same wage. There has to be a premium. This should not happen through a mandate. This should be a self-recognition by the industry,” said Chenoy.

“Once trained workers command a premium, you will see a better response to skill training from both trainers and trainees,” he added. Chenoy said industry “has to participate in a big way in the skill development programme and apprenticeship development. There are 44 million SMEs (small and medium enterprises) and if each of them take one, then there will be 44 million apprentices”.

Tahsin Zahid, independent member, board of apprenticeship training, at the HRD ministry, is more sceptical, saying it has become fashionable to talk about skill development. Authorities, he says, don’t screen enough partners and industries don’t pay premiums to trained persons.

“If you think that skill training is just for poor school dropouts, then you are making the cardinal mistake of downgrading the dignity of labour. It should be for everyone with a singular objective of enhancing efficiencies,” said Zahid.

The last few years have seen a slow pace of job creation. According to the latest economic survey, India created 59.9 million jobs between 1999-2000 and 2004-05, when the National Democratic Alliance was ruling India.

Clearly, a country that adds 12 million people to the workforce every year cannot continue creating just a couple of million jobs. And the government seems to understand the situation.

“Job is a priority and we are trying to create an enabling environment to create more jobs, especially in the labour-intensive manufacturing sector,” labour minister Narendra Singh Tomar said. Sarbanand Sonowal, minister of state for skills and entrepreneurship, said his ministry is coordinating with all ministries and industries for bridging the gap.

Sharda Prasad, a former director general of employment and training, has a word of warning. The present government came to power on a wave of youth aspirations. “It’s imperative that the government now create an atmosphere for job creation,” Prasad says. Otherwise, it would be merely preparing the ground for chaos. 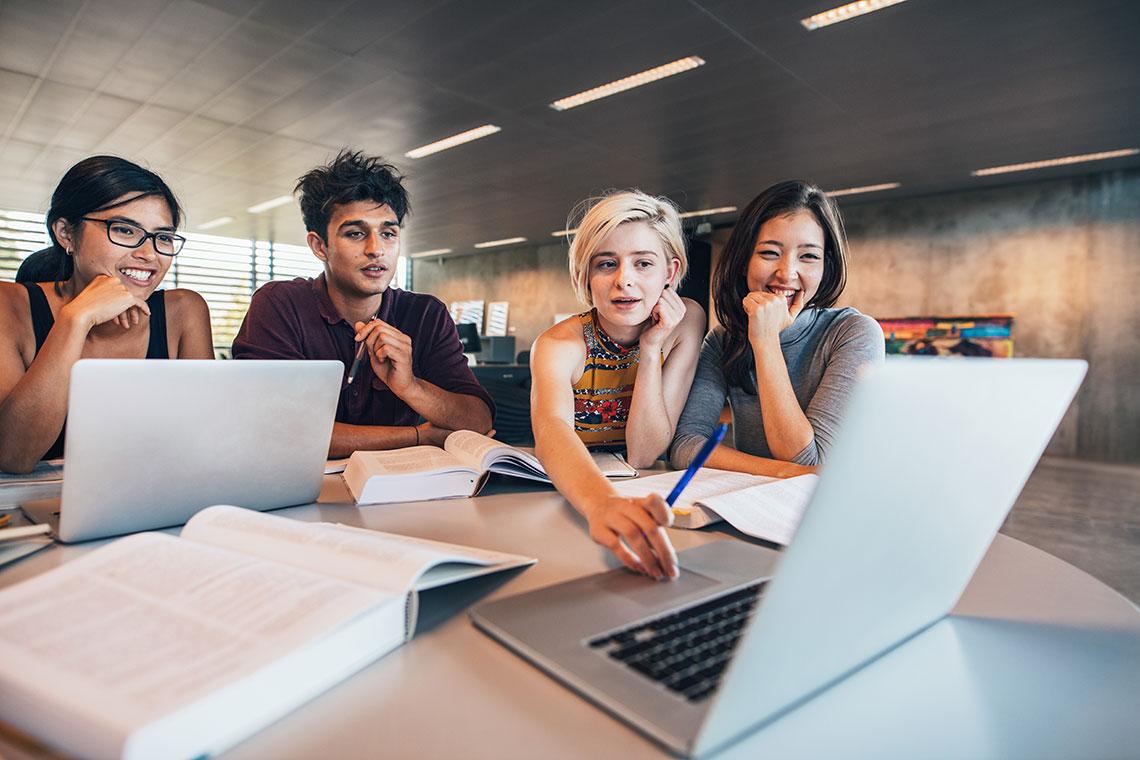 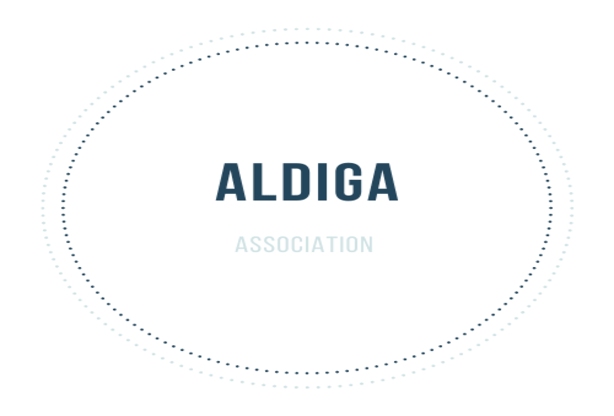